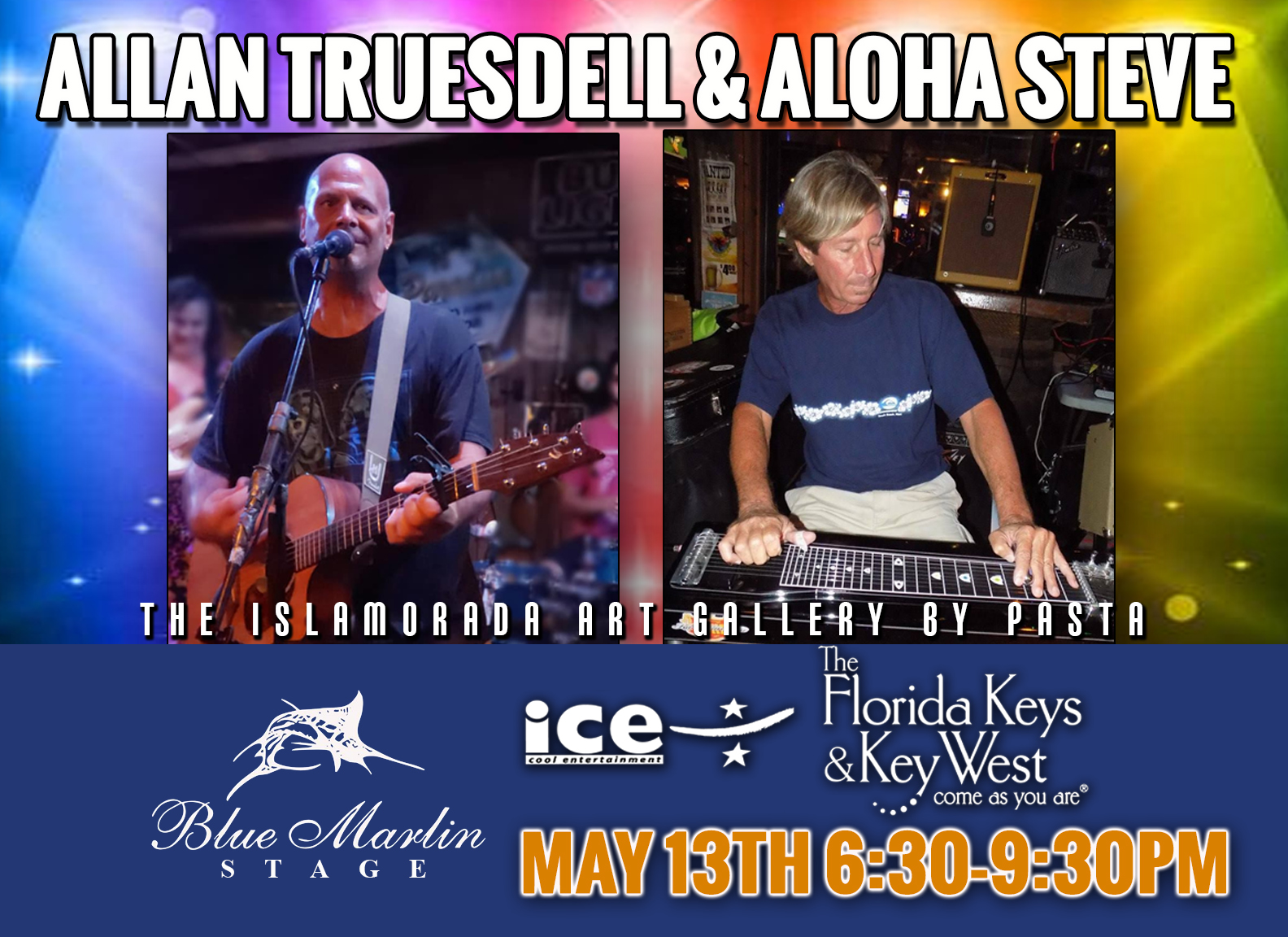 Allan Truesdell was born and raised in rural upstate NY.  His family had a great love of music which passed on to 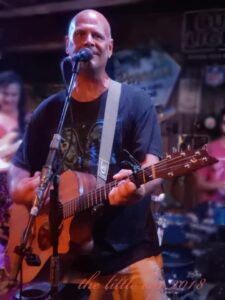 him.   His love of music inspired him to start teaching himself to play guitar at a very young age.   After college and then a few years in the corporate world Allan decided to make music his primary vocation.
Allan played several years in NY, and several more up and down the east coast.  In 2005 he was asked to play a few shows in Key Largo and decided to make the Florida Keys his home.    Allan has been a staple performer at a variety of venues in the upper Keys ever since.
Allan put together and ran the very popular Tuesday night jam along with the group of musicians who became known as the Usual Suspects.  Allan met a pedal steel player at one of those jam sessions named Steve Molnar, better known as Aloha Steve.  They became fast friends and started working together as a duet whenever the opportunity arose. 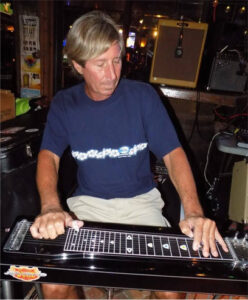 Aloha Steve has been playing the pedal steel for over 30 years.  The first 15 in San Diego are strongly influenced by the west coast vibe. He spent the next 10 years playing in Hawaii where he came to appreciate the different styles of island music.  You notice right away that he has no preconceived notion of how the instrument should be used, his style became his own.
Allan and Aloha have a very smooth and comfortable blended style that has become very popular throughout the area.  A show to enjoy.

Base coats down fun starts now!