Admission $20 at the door 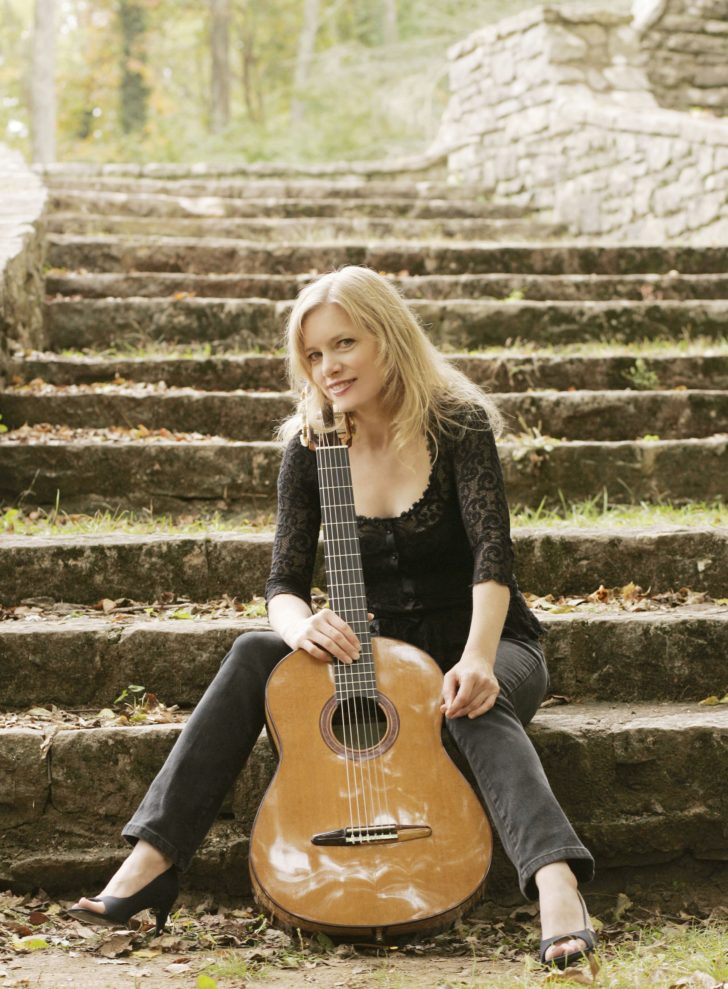 The Story Behind It

When Muriel first encountered Bryan Allen’s work, she knew she had found her artistic soulmate–she was amazed to find that his photo-art was saying the same thing as her music. They went on to create the 11-award winning Nightlight Daylight CD, and in the process discovered that their artistic affinity extended to the heart. They combined their artistry in a live context, and this show is the result. Bryan’s stunning visuals provide an insightful backdrop to Muriel’s music, accentuating the audience experience as never before. A virtual tour around the world in music and imagery.    And… just released, THE WONDERLUST DVD!

Here’s a sample of the show:

One of the world’s foremost fingerstyle guitarists and harp-guitarists, Muriel Anderson is the first woman to have won the National Fingerstyle Guitar Championship. Her recent CD “Nightlight Daylight” has won top honors in 11 national awards. She has performed/recorded with Chet Atkins, Les Paul, Victor Wooten and the Nashville Chamber Orchestra. Her obvious joy of music, humor and her facility across the genres of folk, classical, jazz, bluegrass and international music is revered by guitarists worldwide. An engaging performer, Muriel’s unique approach to the instrument virtually transforms the guitar into a lyrical choir, then a marching band, then a Japanese koto, then a Bluegrass band, one minute launching into a Beatles’ tune and the next, a Rodrigo concerto. Muriel is host of the renowned Muriel Anderson’s ALL STAR GUITAR NIGHT® and founder of the MUSIC FOR LIFE ALLIANCE charity. In addition, her new program incorporates stunning visuals by Bryan Allen.

Her recording of “El Noi de la Mare” appears in Woody Allen’s film “Vicky Cristina Barcelona.” and her “Heartstrings” recording accompanied the astronauts on the space shuttle Discovery.  Muriel Anderson has released more than a dozen instrumental CD’s, seven instructional DVD’s and guitar books published by Hal Leonard, Mel Bay, and Zen-On Japan.  Her compositions include commissioned classical works for the Nashville Chamber Orchestra and Vox Caelestis Womens Choir, as well as songs which have appeared as title tracks for three albums by various artists. 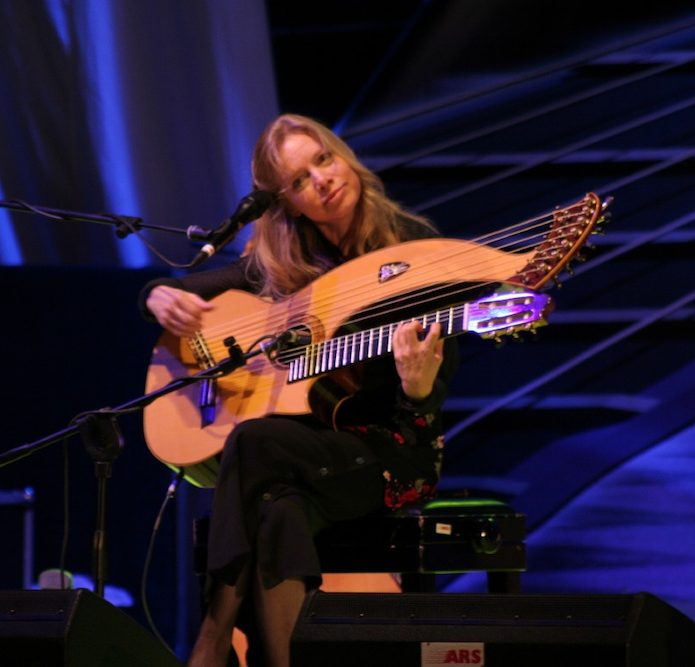 The concert is produced by ICE, and admission is $20 at the door, with children 12 and under free.

“Muriel is one of the very few world-class musicians equally at home with classical, bluegrass, pop-jazz and international music, all favorites of our knowledgeable Keys fans.” said David Feder, president of ICE.  “Muriel Anderson’s new audio-visual show, Wonderlust, is a must-see as well as a must-hear!”

Anderson’s performance will be highlighted by a backdrop of stunning visuals by celebrated photo-artist Bryan Allen. The first woman to win the National Fingerstyle Guitar Championship, Muriel has performed with country legend Chet Atkins, jazz great Les Paul, and continues to thrill audiences with her unique and joyous style.

Currently named by Guitar World magazine as one of the “eight most amazing female acoustic players,” Anderson is the first woman to have won the National Fingerstyle Guitar Championship. Her recent CD “Nightlight Daylight” has already won 11 national awards. She has performed/recorded with Chet Atkins, Les Paul, Victor Wooten and the Nashville Chamber Orchestra.

“Just one hell of a great player …a great personality …the way she plays it like we all wish to play,” said guitar master Les Paul.  Chet Atkin call her a “great guitarist.”

For more information, go to the ICE website:  keysice.com.

ICE is a non-profit organization dedicated to bringing quality entertainment and cultural events to Upper Keys residents. Proceeds from ICE events provide music, dance, and arts scholarships to local students and grants to school programs.  To date ICE has awarded more than $380,000 in grants and scholarships.