“This “International Guitar Night” is so good, that I feel like buying a ticket to most of our shows. Marek is brilliant, Calum is a one-man “superstar-rock band”, and Lulo is simply, one of the very greatest guitarists on Earth. If you like guitar, this is the only show that you HAVE TO attend this year. “
*Michael Chapdelaine (IGN Europe 2017 )

INTERNATIONAL GUITAR NIGHT (IGN) in its 18th year of touring, features the most talented and renowned guitarists from around the world. 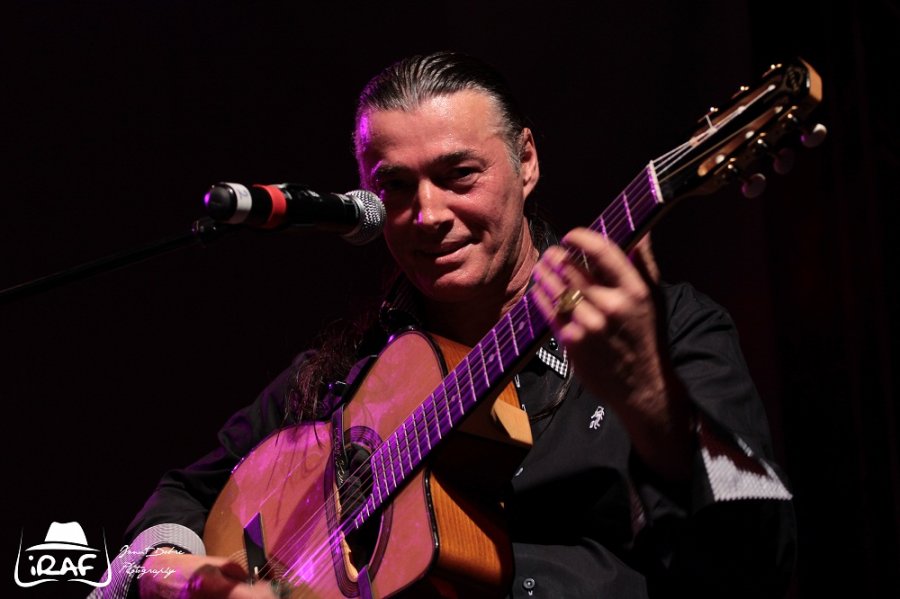 Lulo Reinhardt is one of the foremost authentic and distinctive musical voices in Gypsy music today, he is from a long line of musicians; the great-nephew of jazz legend Django Reinhardt and also the nephew of the gypsy violin master Shnuckenack Reinhardt.  Lulo comes from a lineage peppered throughout with highly talented musicians.  He first showed an interest during his formative years. By the age of five Lulo was already being handed down the guitar tradition through his father Bawo Reinhardt and has devoted his life to music ever since.
By the time he was 12, he was performing with his cousins in the Koblenz-based Mike Reinhardt sextet. Over the years, Lulo expanded his musical horizons as he delved into the music of other cultures. Today, Lulo continues to explore and perform a fusion of styles, including flamenco, Latin, and Brazilian jazz. He combines these with his own artistic stamp, and always with a nod to his Gypsy influences.

After traveling all over the world and playing with musicians from Brazil, Spain, Africa, he defined his own style of playing which he called Latin Swing - it is not traditional gypsy jazz because the band has a drummer and a piano player. More and more gypsy jazz guitarists today are incorporating this style of music which Lulo founded. His name and style have achieved international acclaim.
Critics and fans agree that it is not solely because Lulo is the great-nephew of world-famous musician extraordinaire Django Reinhardt, it's about Lulo's unique musical genius, and his ability to make it appear so utterly effortless. “The audience sometimes expects me to play exclusively in the style of Django Reinhardt, but I have found a style of my own, and I am happy and grateful that the people love it” states Lulo.
The Lulo Reinhardt Latin Swing Project has an extensive international touring history.  In addition to touring in Australia since 2008, they have played in China, Japan, France, Switzerland, Belgium, England, Scotland, the Czech Republic, Bucharest, Morocco and in and around their home base in Germany. Lulo also performed as a soloist with the International Guitar Night quartet in 2009 and 2011, traveling to the UK, United States and Canada.  In 2012 The Latin Swing Project headlined the inaugural USA tour titled In The Footsteps of Django, a multi-artist Gypsy Jazz show.

In April 2013, Lulo performed as a soloist for the first International Roma Day conference and private reception held at Harvard University.  Later in 2013, Lulo Reinhardt Latin Swing Project completed a highly successful release tour throughout Germany, England and Scotland for their new CD titled BAWO. The new CD – BAWO is dedicated to his late father Bawo Reinhardt and it produced eleven new songs that were recorded in two days. The CD clearly highlights Lulo’s musical mastery, the blending of cultural influences and that of his illustrious, richly cultured career teamed up with a world class band. BAWO, takes the listener on a magical journey of history and exploration of worlds far away as interpreted by this master guitarist and composer.  The launch of Lulo’s online shop and the release of his family’s documentary Newo Ziro were also some of the highlights of the year. 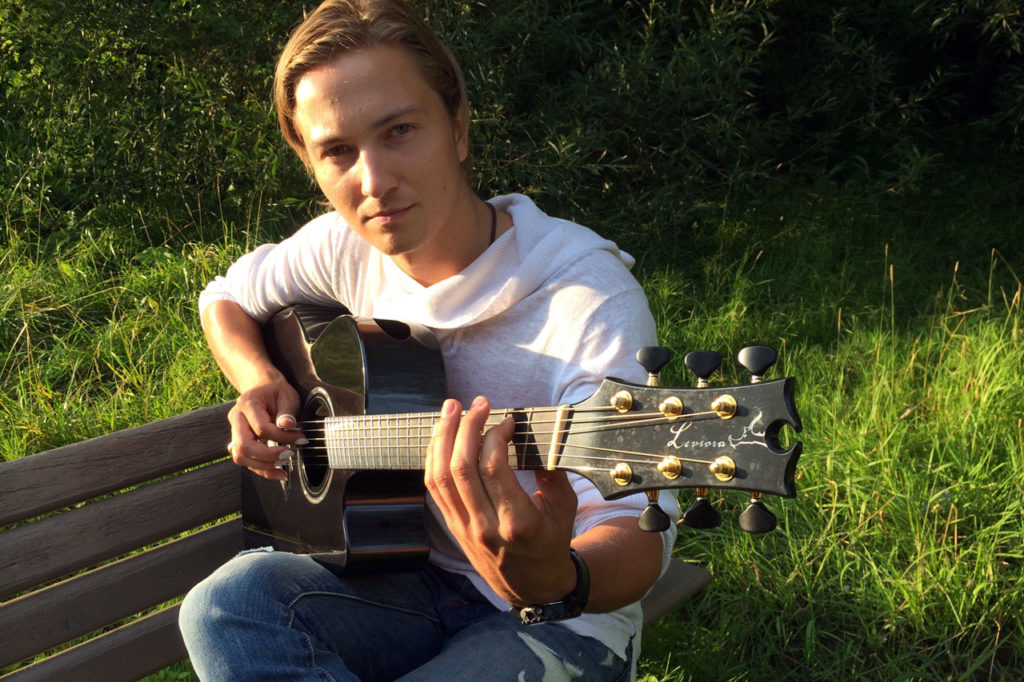 At just 24, Calum Graham has already enjoyed a career that would be the envy of most artists double his age. The Alberta-based guitarist and singer/songwriter has released five acclaimed albums, won major national music competitions, performed at the Olympic Games in both Vancouver and London, racked up some phenomenal views on YouTube, and was most recently named one of the top 30 guitarists in the world under 30 by Acoustic Guitar Magazine. Andy McKee, one of today’s most popular acoustic guitarists, calls Calum “the most promising young guitarist I’ve seen. His command of the guitar is already really impressive!” 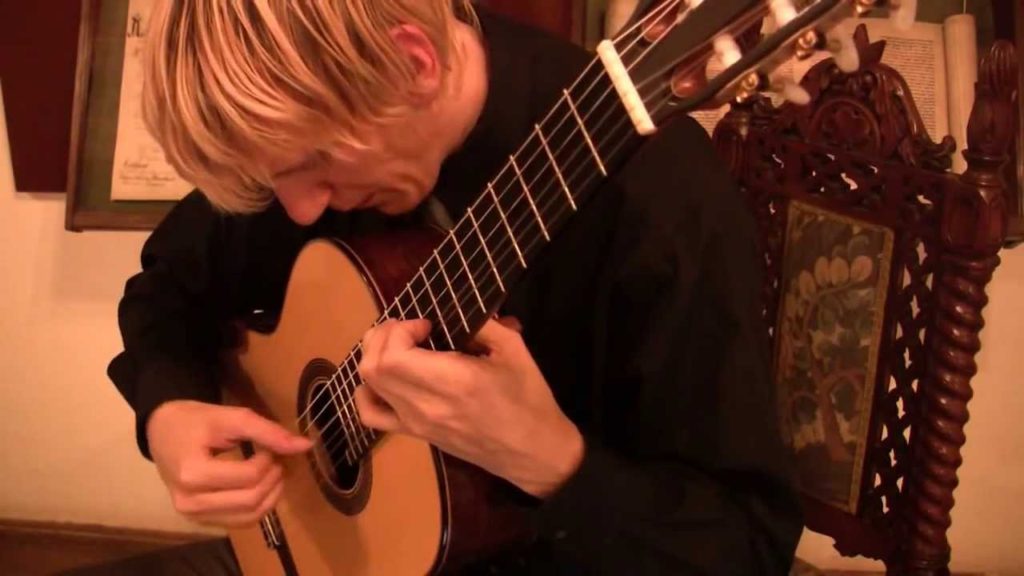 MAREK PASIECZNY was born in Zamość in 1980. He started to learn the guitar at the age of ten at the State K. Namysłowski Primary and Secondary Music School in Zamość in the guitar class of Andrzej Fil, which he finished in 2000, receiving a diploma with distinction. Since 1997 he has taken lessons with Professor Piotr Zaleski and is at present a student in his guitar class at the K. Lipiński Academy of Music in Wrocław. He has further added to his skills at numerous master classes with Carl Marchione, Joaquin Clerch, Raphaelli Smits, Edoardo Catemario and Jozsef Eotvos. Since his earliest days he has taken part and won prizes at guitar competitions and has received many other awards and honourable mentions. Since 2001 he has been sponsored by Wojciech Krasecki and, since 2003, by the daily paper Gazeta Wyborcza. 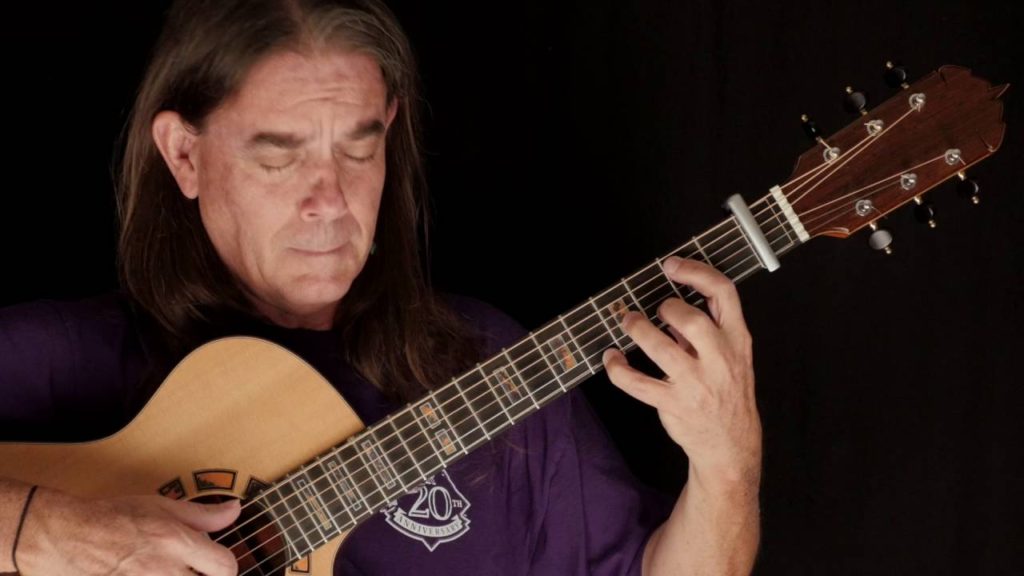 Michael Chapdelaine is the only guitarist ever to win First Prize in the world's top competitions in both the Classical and Fingerstyle genres; the Guitar Foundation of America International Classical Guitar Competition and the National Fingerstyle Championships at the Walnut Valley Bluegrass Festival in Winfield , Kansas. From New York's Lincoln Center to the Cactus Cafe in Austin, from Milano to Bangkok, Michael continues to enchant, dazzle and surprise audiences and critics alike as he redefines the modern acoustic guitar with his amazing technique, "soulful" expressiveness, and versatility as a performer, composer and arranger/producer. His performances, played on both steel string and classical guitars, include musical styles ranging from blues to Bach to country to rhythm n' blues as he wins his audiences hearts with breath taking technique and the poetic magic of his original musical portraits and landscapes.