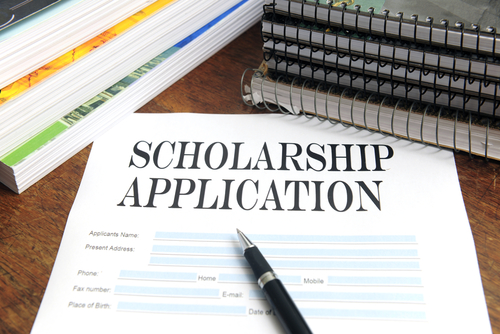 Applications must be recieved by ICE no later than May 1st.

How to Apply for ICE/Bay Jam Music, Art, and Dance Scholarships

“For the small awards to high school students, we’ve never turned anyone down who’s met our requirements,” said David Feder, president of ICE. “The requirements are simple -- a hunger to learn and explore the arts and music, and a letter of recommendation from the student’s art or music teacher.”

The History of ICE/Bay Jam Scholarships

Over its 23-year history, the annual Bay Jam Music Fest has awarded more than $380,000 in scholarships to local students studying art and music.

Bay Jam was started by Judy Justice, the mother of a Coral Shores High School student. She was trying to lessen the impact of large state funding cutbacks to school art and music programs during the mid-1990s. Several local musicians joined in her effort and Bay Jam, the art show/music fest, was born.

David Feder, president of ICE which puts on Bay Jam, was in that first group of musicians. He recalls that he and many of his musician peers were the beneficiaries of a public education that years ago valued and adequately funded instruction in the arts. “But when the state started to strip funding, we saw Bay Jam as an opportunity to support local students and the future of the arts,” said Feder.

Over the years, ICE’s Bay Jam has awarded about $8,000 to $10,000 annually in scholarships to both high school and college bound students. High school students get scholarships averaging $200 to $400. Students buy artist brushes, canvas, oil paints, or strings for their guitars and violins, mouthpieces for their instruments, take voice or music lessons from private instructors, or buy computer music and video editing software with the Bay Jam awards.

To high school students, these “Arts Enhancement Grants” are a big deal – letting them purchase some of the professional quality artistic tools they couldn’t acquire otherwise.

Former CSHS student Ismael Sandoval used his scholarship to purchase a professional quality mouthpiece -- costing $250 -- for his school-owned tuba. “It makes me a better player because the tone quality is so much deeper and richer,” he says. “Since I can’t afford to own a tuba, I own the next best thing.” Recently Sandoval was selected to play in the University of Miami’s Honor Band, consisting of the best high school musicians from across South Florida. He also is a member of the Keys Community Concert Band, the local rock band Birthday Gang.

Former CSHS Bandmaster Robert Sax says that Bay Jam scholarships have “been good for the band and great for the individual.” A few seasons ago, when the high school band needed 50 new uniforms at $350 each, a Bay Jam grant added a few thousand dollars toward the uniform purchase. “The individual scholarships help band members become better musicians, and that makes the entire band better,” says Sax. “Here in the Keys, we are fortunate to have a culture supportive of music and the arts. And in these tight economic times for schools, Bay Jam scholarships and grants have been a real blessing.”

When Anna Holmbraker, a former CSHS student, sang the National Anthem at the 2007 high school graduation ceremony, many were impressed by her voice. With a grant, she took voice lessons in Miami. “To get scholarship was great, but it was also very encouraging to know that I also had the community’s support too,” said Holmbraker, who is now a University of Florida student. “I definitely want to pursue a career in singing.”

2008 Island Christian High School graduate Danielle Price was awarded scholarships while in high school to pursue her interest in photography and videography. “With the funds, I was able to purchase lenses, film and editing software and hardware,” says Price. “I’m pursuing a business degree from Miami Dade College, but I will always keep my love for film and video.”

Luke Ptomey, a percussionist, a graduate of the Berklee College of Music in Boston studied music performance and composition. He was a recipient of the scholarship when he attended CSHS, which he used to purchase drum sticks and bells, and also a larger college scholarship. Ptomey says “both were a huge help. Boston and Berklee are very expensive, and the aid from ICE’s Bay Jam really makes a difference.” He plans to make music his career and hopes to be a professional recording session drummer.

“We use these scholarships to encourage as many students as possible to explore their talents in the arts” said Feder. “Our aim is not to make everyone professional musicians or artists, but to add a dimension, a richness to their lives that only the arts can give.”

But some do become professionals. Photographer Michelle Young, owner of Endearing Studios in Islamorada, is one of the Bay Jam recipients who truly excelled. “The scholarship is really what started my photographic career,” notes Young. “I bought my first camera with the scholarship money, and that allowed me to follow my passion and learn my profession.” That passion is evident in her photographs of new born babies, wedding couples, landscapes, and portraits. Recently, Young spent three weeks in Samoa in the South Pacific as a still photographer for “Reel Adventures,” a television program featuring marlin fishing.

Funds raised by ICE’s Bay Jam also send kids from Keys Children’s Shelter to summer music camps and buy tickets for them to local concerts so they can see where the arts and music can take people says Feder. Scholarships for dance are also offered to local students.

The bottom line for Feder and Bay Jam: “For 23 years, local musicians, artists, teachers, parents, and the community have graciously volunteered their time and talents for Bay Jam to make sure our kids get a chance to pursue their artistic dreams. They all deserve our thanks.”