ICE believes that the support of the arts is integral to the health and well being of society, and that children raised with a rich exposure to the arts will grow to be more compassionate adults. 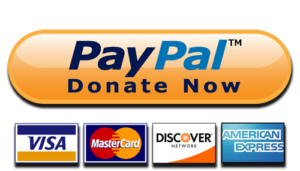 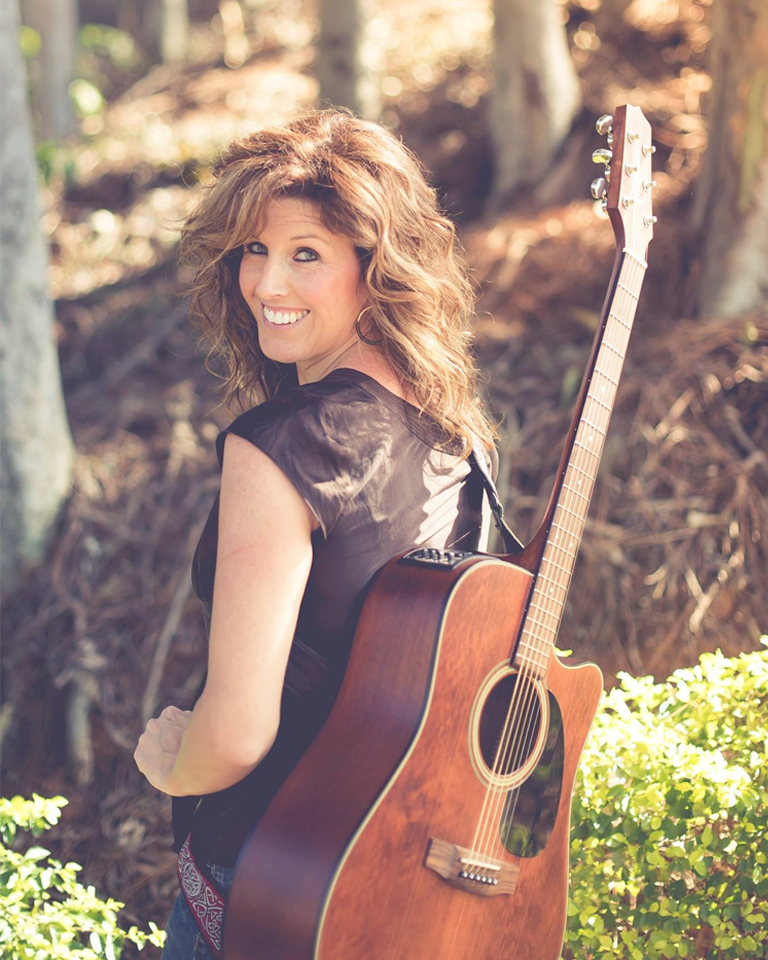 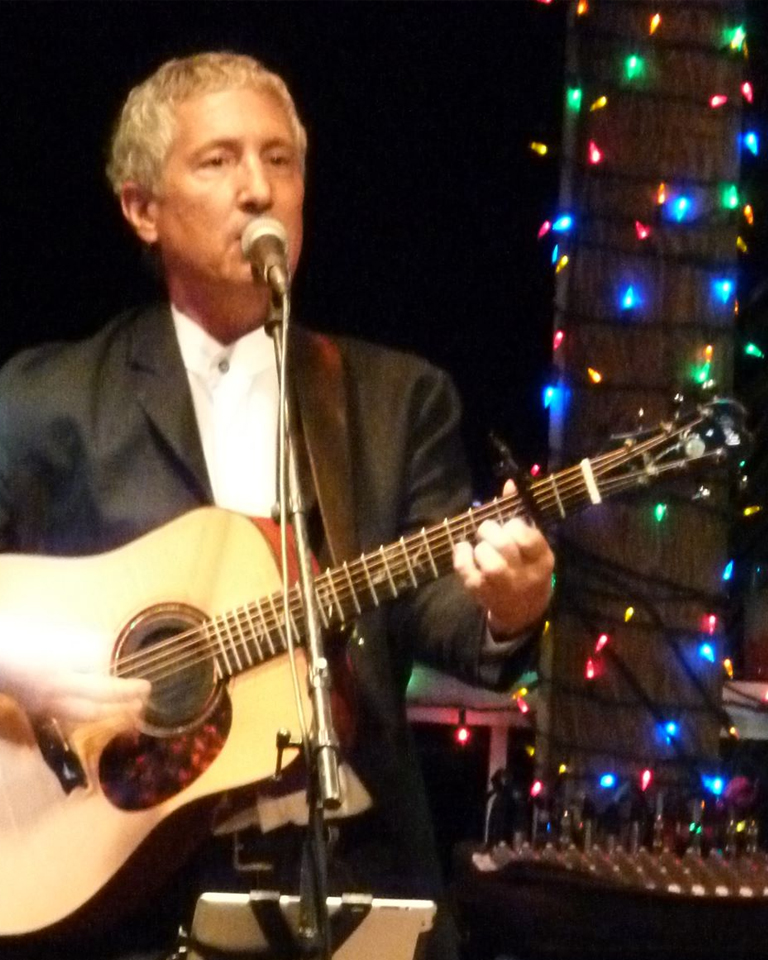 Read more...
Billy was born and raised in Syracuse, NY. He spent the first dozen years of his carreer playing in various bands touring The Northeast before eventually going solo. In 1990 he relocated to Key Largo with his wife of 43 years, and 23 year old daughter. Billy writes and records his original music (think James Taylor, Jackson Browne, Keb Mo) with his fellow co-writer, Steve Webb. Over his 40+ year carreer he has released 7 records with his former band mate, Paul Case, 4 with current partner, Steve Webb, and 4 solo records. He performs at various outdoor, oceanfront restaurants and he has become a fan favorite in the upper Keys and beyond. You can find all his music on iTunes, CDBaby, and other various outlets. 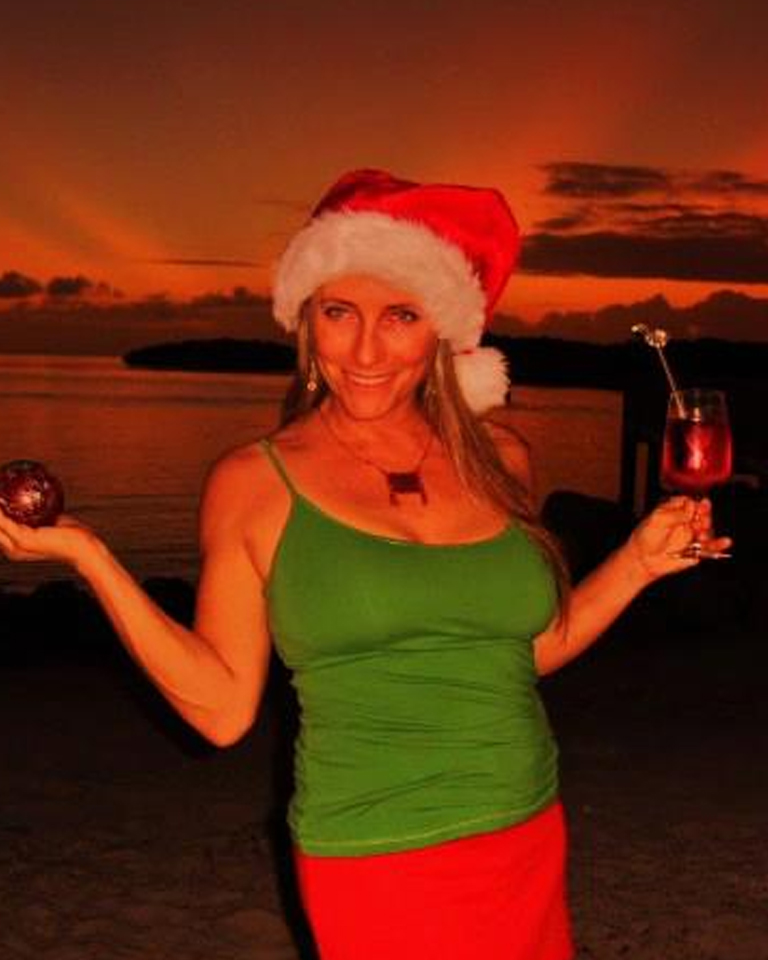 Read more...
Adrienne Z is a Folk, Rock and Americana Singer/Songwriter, arranger and producer. Compared to singers like Norah Jones, Sheryl Crow, and Stevie Nicks, Adrienne's voice is pure emotion, stylistically elegant, soulful, and ethereal. Adrienne's music has been described as mesmerizing and enchanting song stories, mostly about relationships, but she is also inspired to write songs that are politically and philosophically motivated. She currently has 6 CD's of original music. In January of 2016 her song "Blue Day" was featured in the Lifetime Movie The Wrong Car. 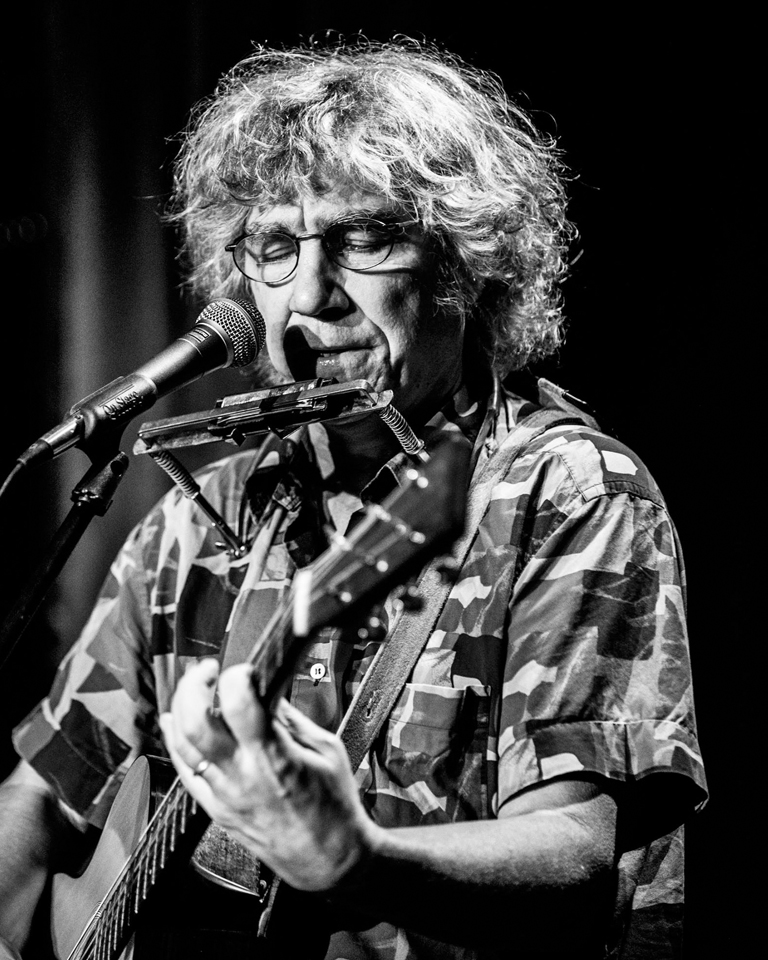 Read more...
Rod MacDonald (born August 17, 1948) is an American singer-songwriter, novelist, and educator.[1] He was a “big part of the 1980s folk revival in Greenwich Village clubs”,[2] performing at the Speakeasy, The Bottom Line, Folk City, and the “Songwriter’s Exchange” at the Cornelia Street Cafe. He co-founded the Greenwich Village Folk Festival. He is perhaps best known for his songs “American Jerusalem“, about the “contrast between the rich and the poor in Manhattan” (Sing Out!), “A Sailor’s Prayer”, “Coming of the Snow”, “Every Living Thing”, and “My Neighbors in Delray”, a description of the September 11 hijackers’ last days in Delray Beach, Florida, where MacDonald has lived since 1995. His songs have been covered by Dave Van Ronk, Shawn Colvin, Four Bitchin’ Babes, Jonathan Edwards, Garnet Rogers, Joe Jencks, and others. His 1985 recording “White Buffalo” is dedicated to Lakota Sioux ceremonial chief and healer Frank Fools Crow, whom he visited in 1981 and 1985, and who appears with MacDonald in the cover photograph. Since 1995 MacDonald has lived in south Florida, where his cd, “Later that Night” was named “Best Local Cd of 2014” by The Palm Beach Post [3] and reached the top ten in national roots music charts. His first novel, The Open Mike, about a young man in the open mike scene of Greenwich Village, was published on December 5, 2014, by Archway Publishing.[4] On May 1, 2018, MacDonald released his 13th solo recording, “Beginning Again,” on Blue Flute Music.[5] 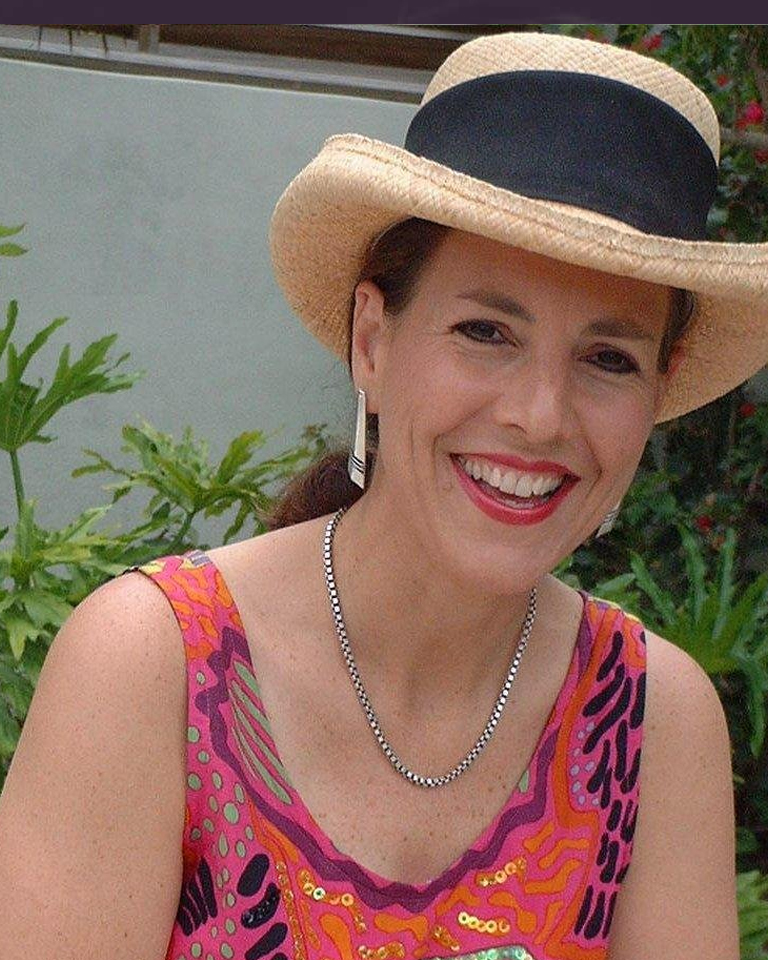 Read more...
“A blend of musical styles and performance experience has earned Lenore Troia a place of her own in the entertainment world. Expressing her self with smooth vocals and keyboard versatility, her performances have received critical acclaim and her music has enjoyed a worldwide audience. A mini jewel of an entertainer..." Howard Thompson, New York Times NYC, NY Dynamic...with confidence and skill...entertaining people from all over the globe with island-y blend of Caribbean and rock music and witty patter..." June Keith MIAMI HERALD, Miami, FL With a tropical and Brazilian flair as Troia blended originals, a few Jobim tunes and some standards....her clever originals included “Sand Dancing,” “Symptoms of Love” and "Point Me South I-95.” There was also a spirited jazz cover of The Doobie Brothers’ “Takin’ it to the Streets.” Ken Franckling, JAZZ TIMES A musical powerhouse, Troia plays smoking keyboards, and has the art of writing a pop song down to a science."Christine Naughton, SOLARES HILL, Key West, FL Throws a hell of a party!", KEY WEST CITIZEN Key West, FL I've never heard Lenore sound better, and that's saying volumes. Lenore Troia is probably one of the best singles you may ever hear.", Valerie Ridenour, KEY WEST THE NEWSPAPER, Key West, FL Troia's versatility as a pianist and lyricist is truly a key to her success, but the singer-songwriter who earns her living by touring piano bars is misplaced; her home is the concert stage. Troia not only is an accomplished pianist and singer, she has a strong stage presence and obviously can adapt her repertoire to any performing environment.", Shirley Barnes THE DAILY PROGRESS, Charlottesville, VA ” 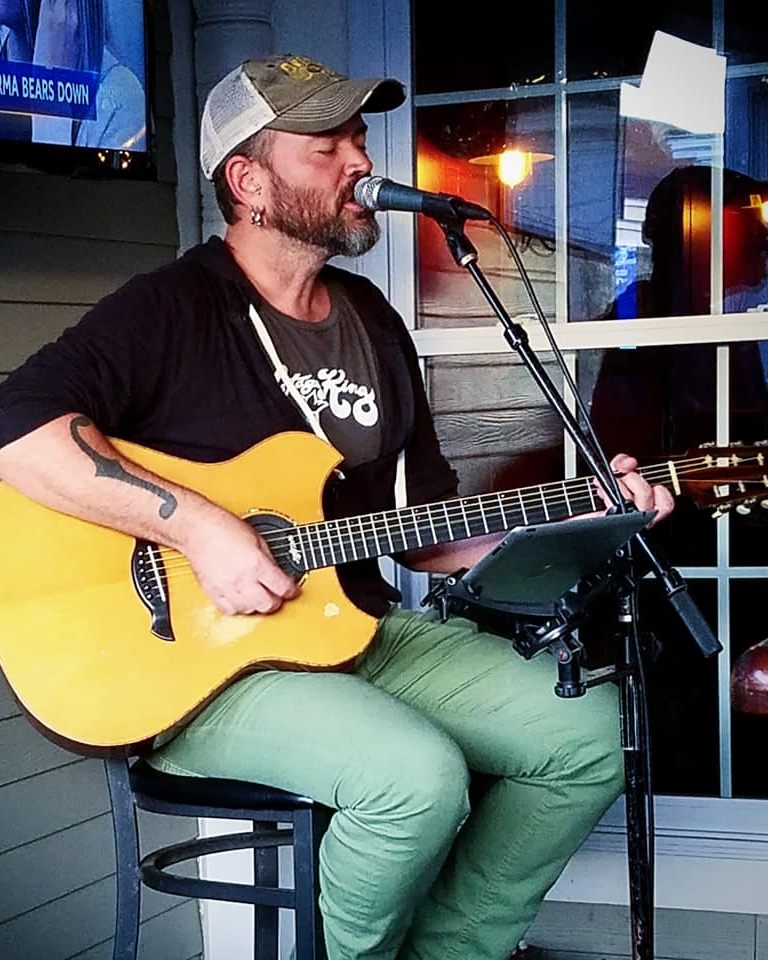 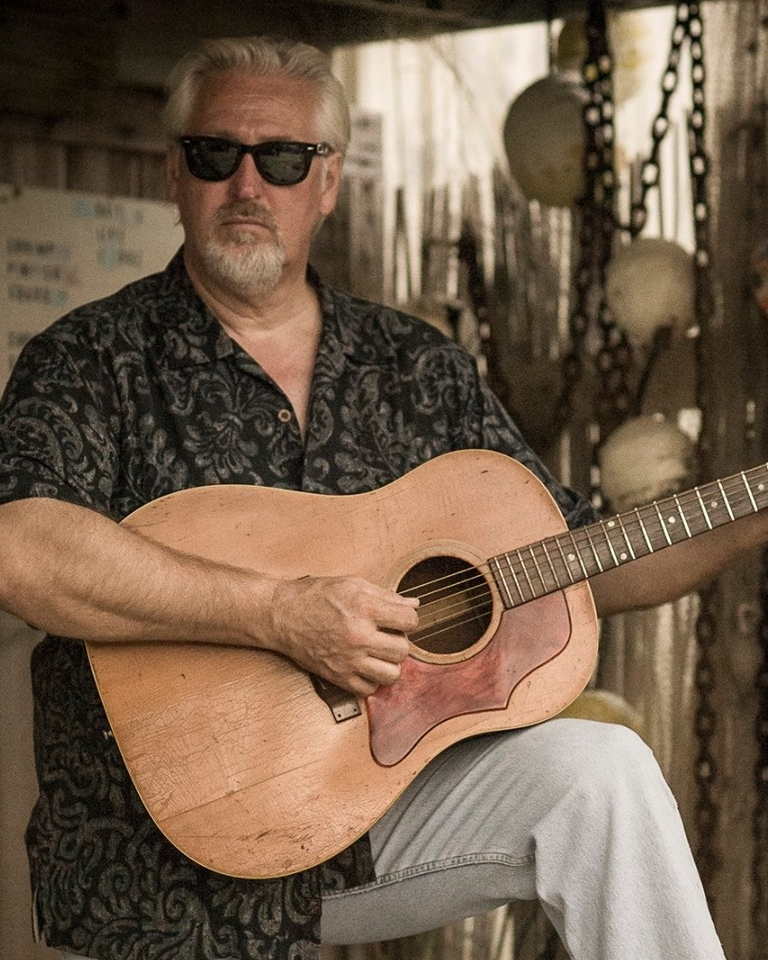 Read more...
Florida Keys musician Steve Webb brings some refreshing island vibes to Sounds Good today as he visits friends in the region. He began playing in central New York for a few decades before falling in the love with the Keys and eventually moving down there to continue his music career. 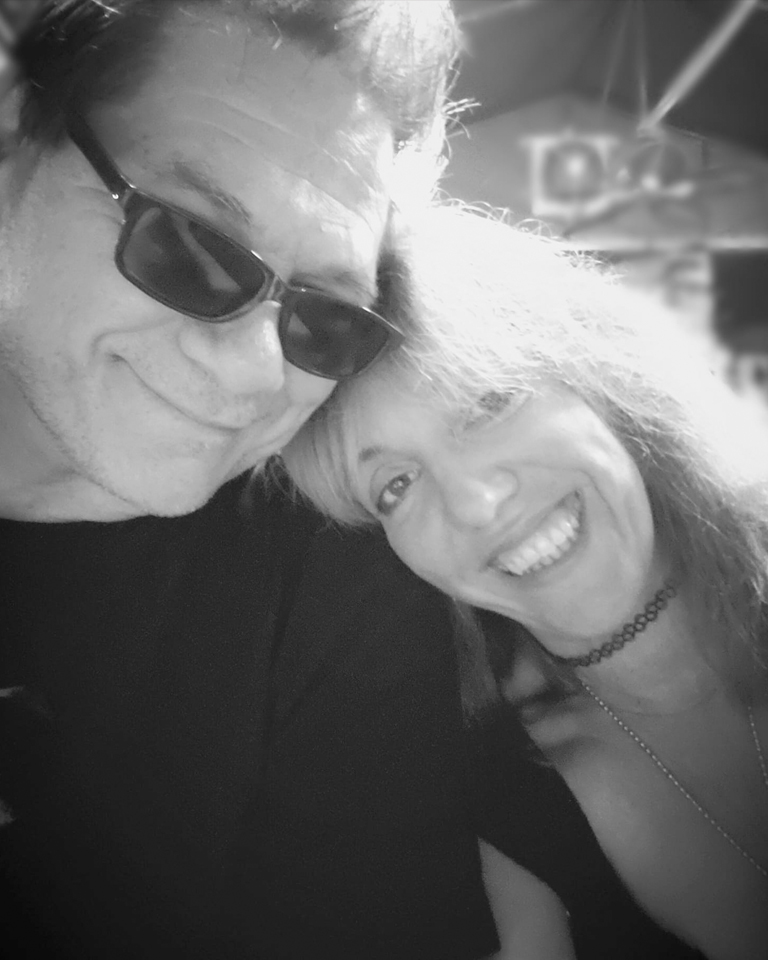 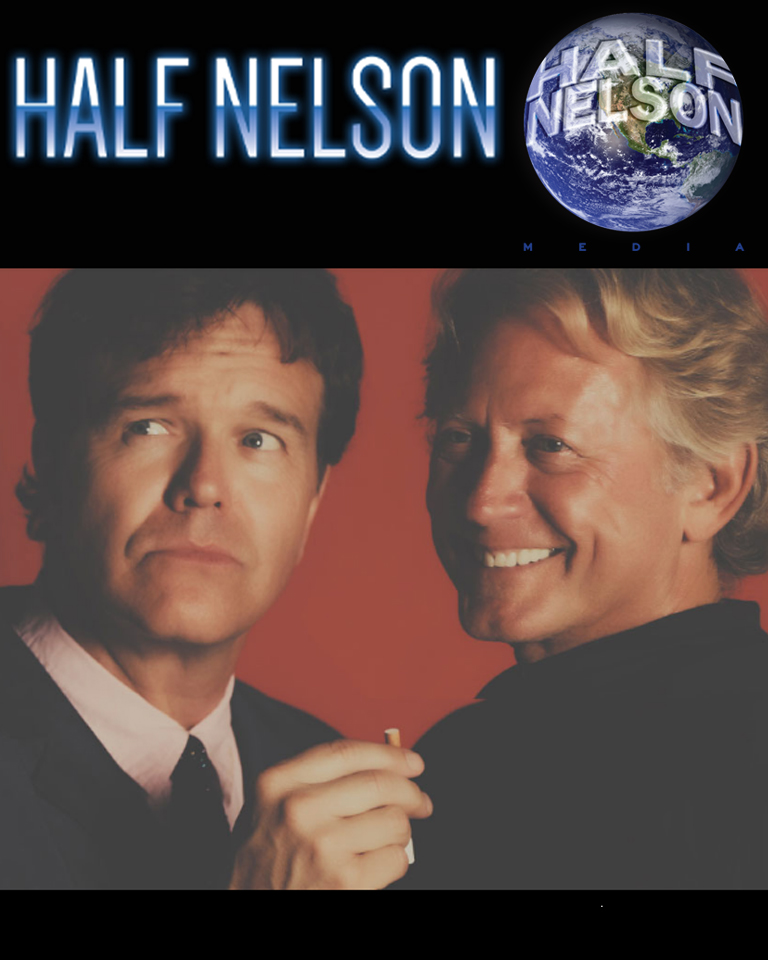 Read more...
Scott “scooter” Nelson Scott Nelson started singing and playing the drums at southern California swimming pool parties in 6th grade. After finishing school in Minnesota, he spent much of his twenties on the road performing with his rock band “Judd”, and helping pen 2 albums. The 80s & 90s he spent touring with “The Mary Jane Alm Band” signed to Warner Brothers, & then Giant Records. He augmented his band pursuits with studio work, producing records for others & had a 17 year career as a commercial singer…singing on many national television & radio spots. He spent 20 years scoring films, & series TV shows for National Geographic, Discovery Channel, & PBS where he won an Emmy award for a Guthrie Theater show. His other awards include: 5 Parents Choice Gold Awards (Children’s CDs), 5 MN. Music Awards (Singer & Musician), 3M Visionary Award (Producer, “Sky Blue Catfish”), The Recording Academy Decade award, New York Film Festival Honorable Mention (music video), MN. Governor’s Arts Award, & was voted into The Mid America Music Hall of Fame in 2012. He recently accepted the position of “Associate Chair of Music & Entertainment Business”, at IPR College of Creative Arts in downtown Minneapolis. His wife lets him have a house full of drums, a studio full of gear, & a garage full of ethnic percussion instruments. Half Nelson Media Billy Barber Billy Barber was raised in a family of musicians, actors and one or two normal people. He began studying classical piano at the age of five and eventually learned to play most every instrument in the orchestra. By his early twenties he was playing piano for everyone from Bob Hope to Henry Mancini to Ethel Merman. He has an extensive list of composing credits, including themes for CBS Face the Nation, David Lynch/Mark Frost American Chronicles for FOX, Mystery Science Theatre 3000, American Playhouse for PBS, twenty year theme for All My Children, prime time news specials for ABC and NPR’s High Performance theme with Andre Previn. He has two Emmys, seven Emmy nominations and three BMI awards. He played keyboards and was the main writer for the Warner Bros. Record’s jazz group Flim & the BBs, earning two Grammy nominations and three albums on the top ten Billboard Jazz charts. As a songwriter he has penned a number one record for the Oak Ridge Boys and songs for Ray Charles, among others. He is also a dedicated filmmaker, screenwriter and camera nerd, was educated at New York Film Academy and has written and directed several music videos and short films. 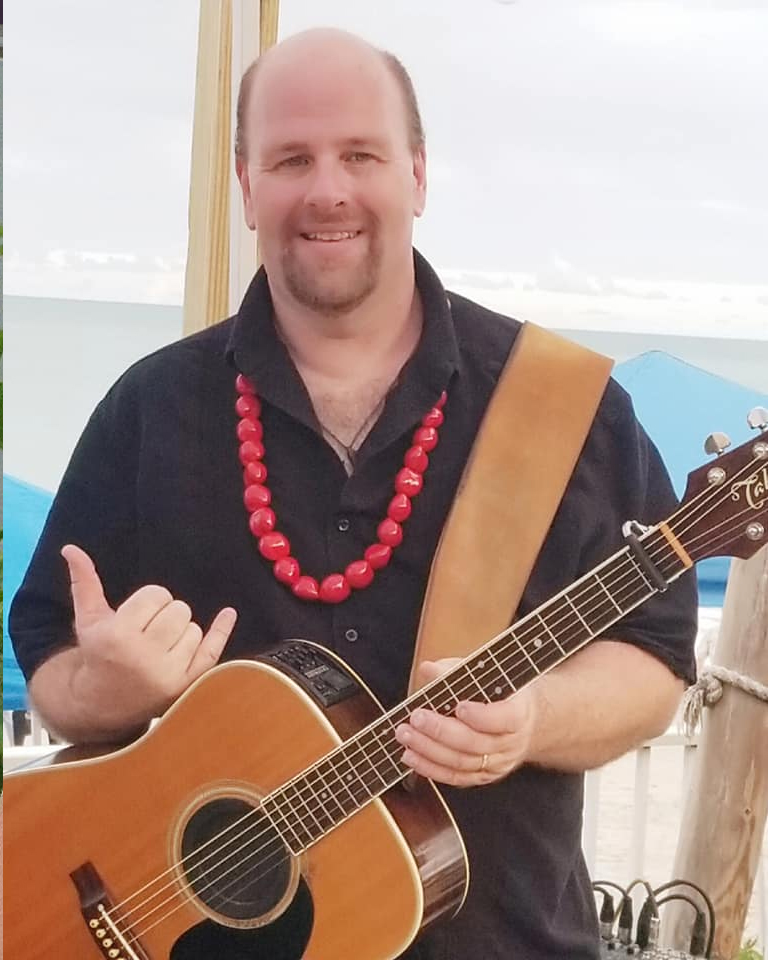 Read more...
Jason Colannino is a singer songwriter entertainer, born in New Jersey, resides in Boynton Beach Florida, and has been a local favorite in the South Florida music scene since 1990. Jason performs a vast repertoire of songs from the singer songwriter era of the 1970's, otherwise known as mellow rock. Highlighted with material from his musical heroes Neil Young, James Taylor, Paul Simon, Harry Chapin, and countless others of the genre. Jason has recorded four CDs containing original songs, Since 1969, Piece of the Sun, Lost in Vacation, and his current CD A Hawaiian Music Tribute, which is a collection of cover songs by Hawaii songwriters. Over the last few years and several gigs in Hawaii, Jason has added the ukulele to his act. Breaking the stereotype of the instrument by covering songs by the Beatles, Frankie Valli and Queen. He includes many songs from what has been called the Hawaiian music renaissance of the 70's, featuring artists such as Cecilio and Kapono, Kalapana, Ka'au Crater Boys, Olomana, Keola and Kapono Beamer and many others. Jason has said that although the songs he learned in Hawaii may not be new, it was new to him, and gave him the ability to explore a different style of music and enhance creativity. It also gave Jason the chance to learn, through its music, the history, the stories, and discovery of the heart and soul of Hawaii. 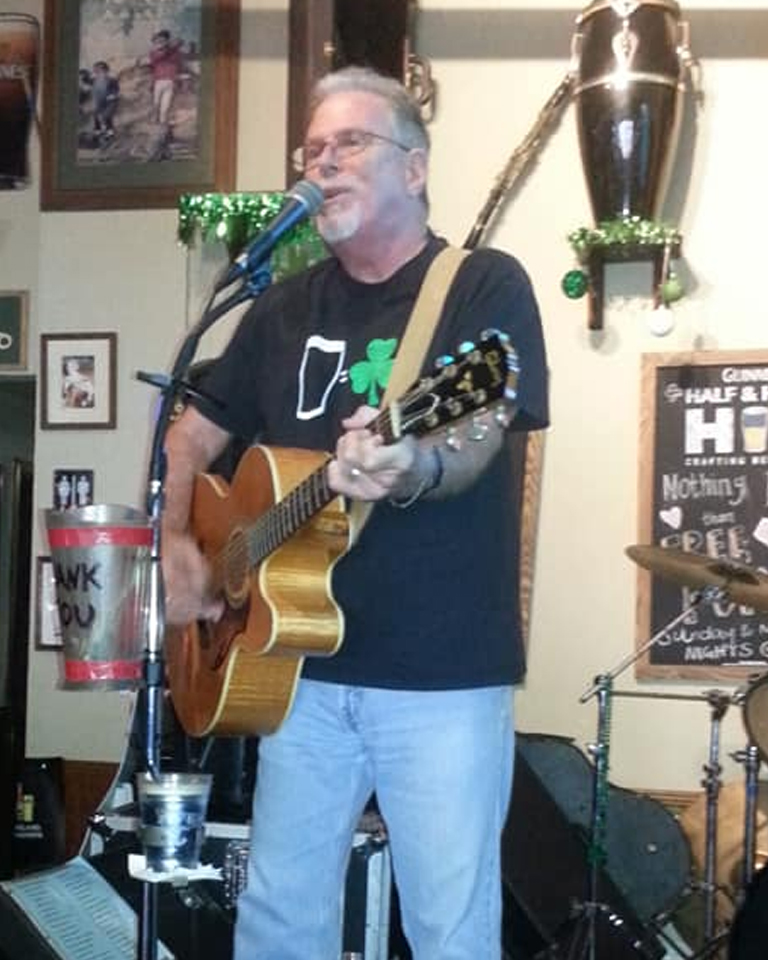 Read more...
George is a Singer/Songwriter and multi-instrumentalist based in South Florida. Currently, he plays guitar and mandolin in the Celtic rock band ‘Innisfree’, in addition to his solo gigs. George has played repeat engagements at the annual South Florida Folk Festival, and he and his original songs can be heard at various clubs, festivals A collection of stylistically diverse songs (Folk/Pop/Blues/Easy Listening/Country)that share a common thread, with tales of love from the innocent to the illicit. 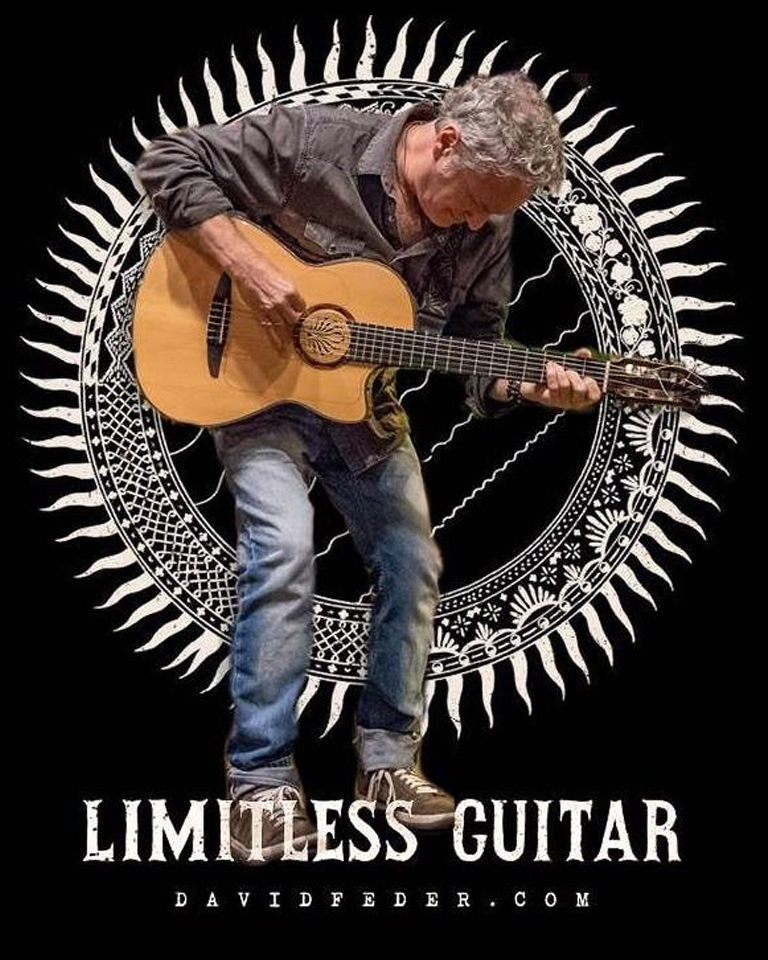 Read more...
“Dave has a magic way of making you feel like an old friend with songs that are original and intimate. He is a master guitarist who plays his own intricate Flamenco influences finger-style music with laid back island feel.” – NPR Internationally acclaimed Guitarist-Composer David Feder has carved out a niche of his own, playing a signature blend of Flamenco-infused Folk music. His laid back style easily disguises the complexity of his blazingly deft finger picking. Three decades of island living in the Florida Keys has influenced Feder’s breezy, approachable, and sophisticated music. His musicianship incorporates miles of style, (savvy yet innocent, intelligent yet accessible) woven into a personal journey telling stories about life through the strings of his guitar. Feder has been praised by NPR’s All Songs Considered, World Café Live, PBS Art Loft, NPR’s Folk & Acoustic Music, the Miami Herald, and Time Out magazine among others. Feder spent six weeks at the top of the Broadjam World Music Chart with his critically acclaimed album “Black Emerald” and has been featured on All My Children (ABC), Art Loft (PBS), the NBC Good Morning show, National Park Service Educational Videos, and Florida Everglades Documentaries. 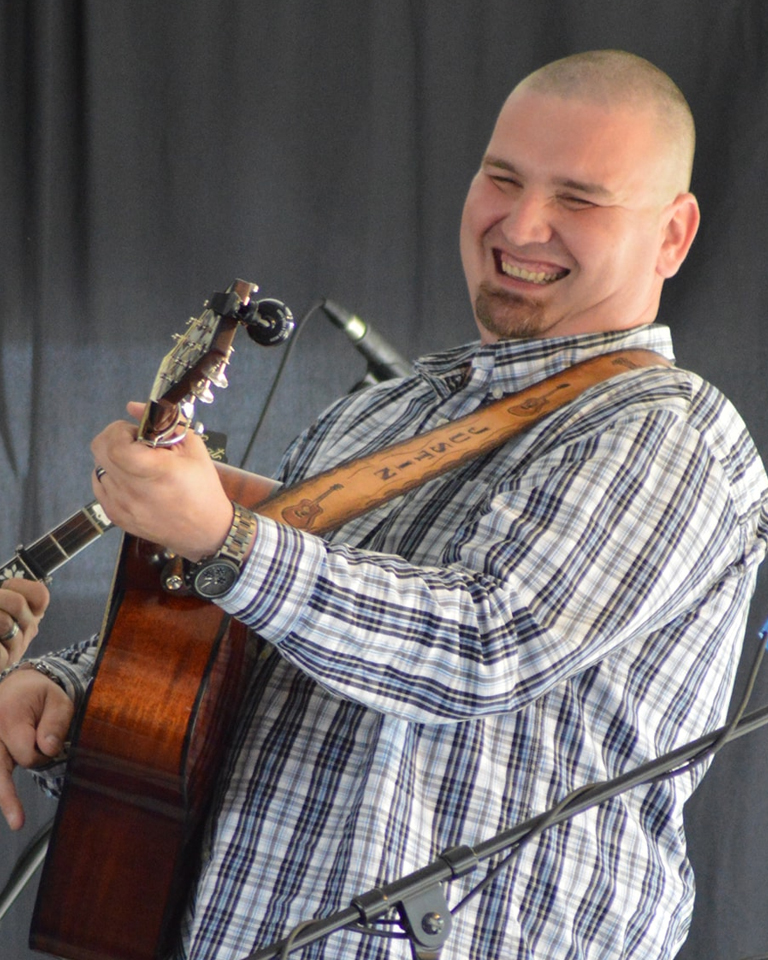 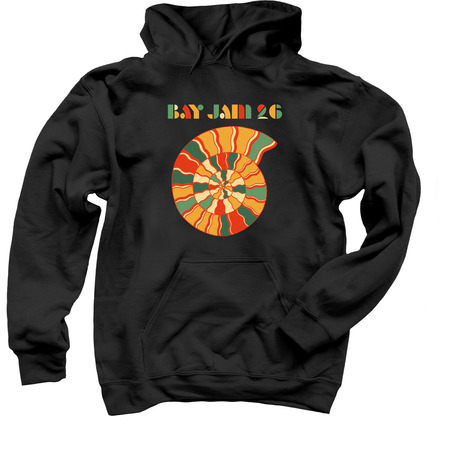 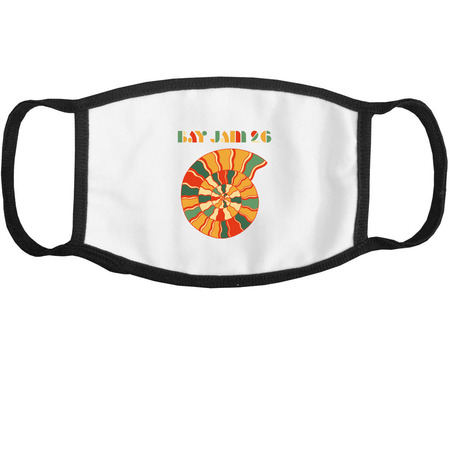 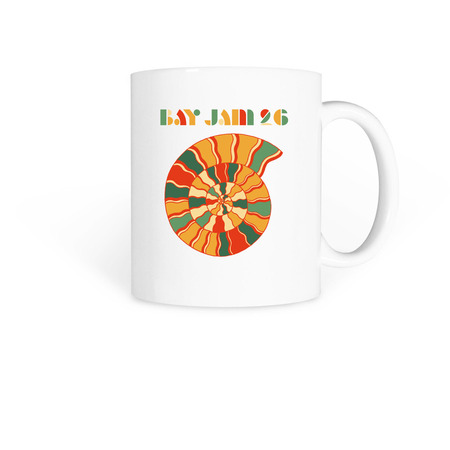 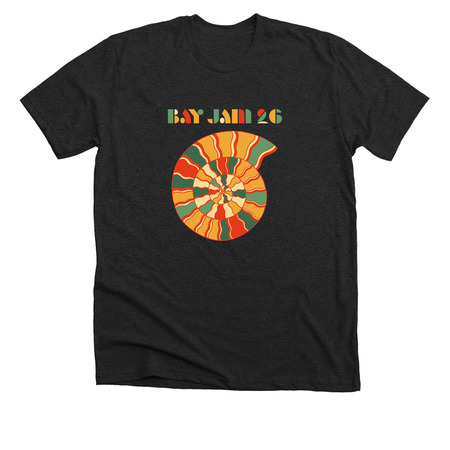 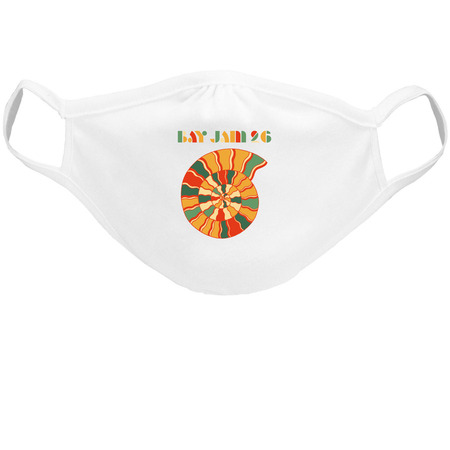 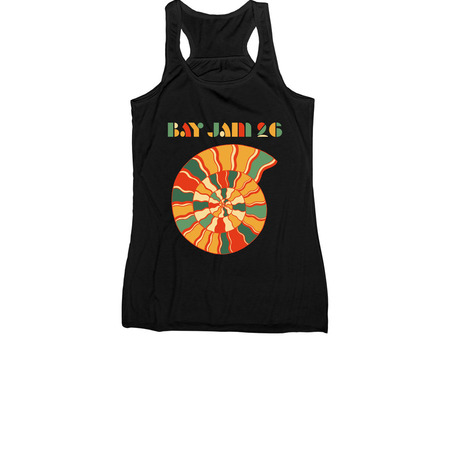 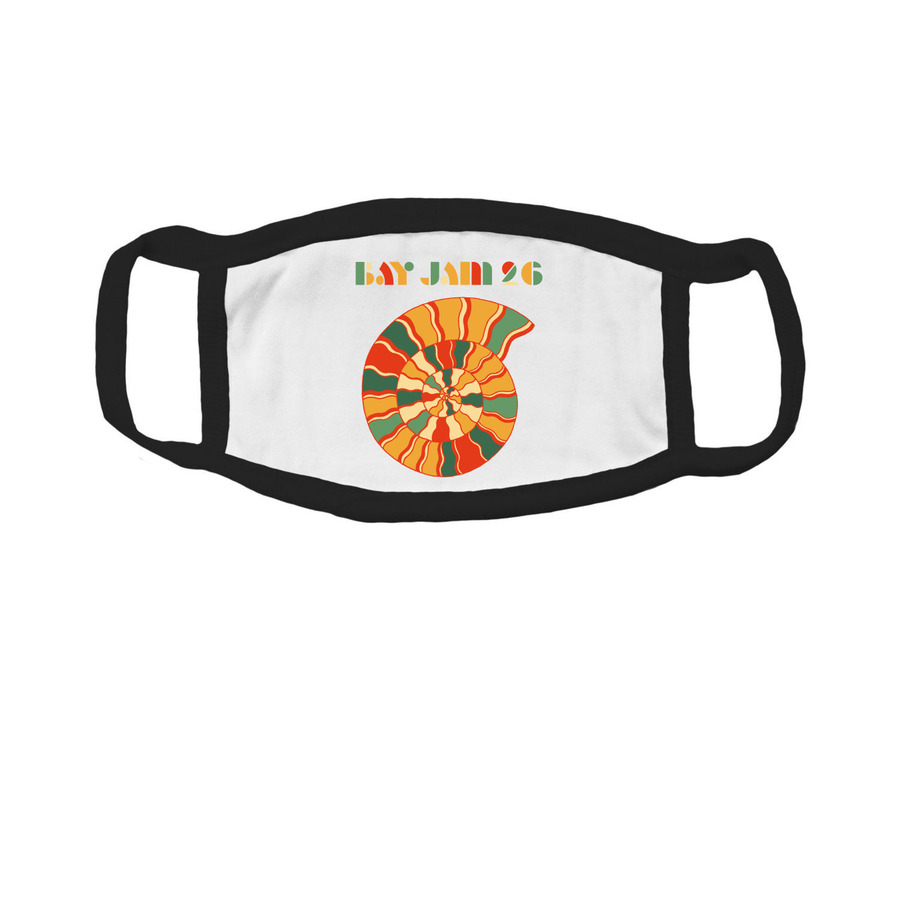