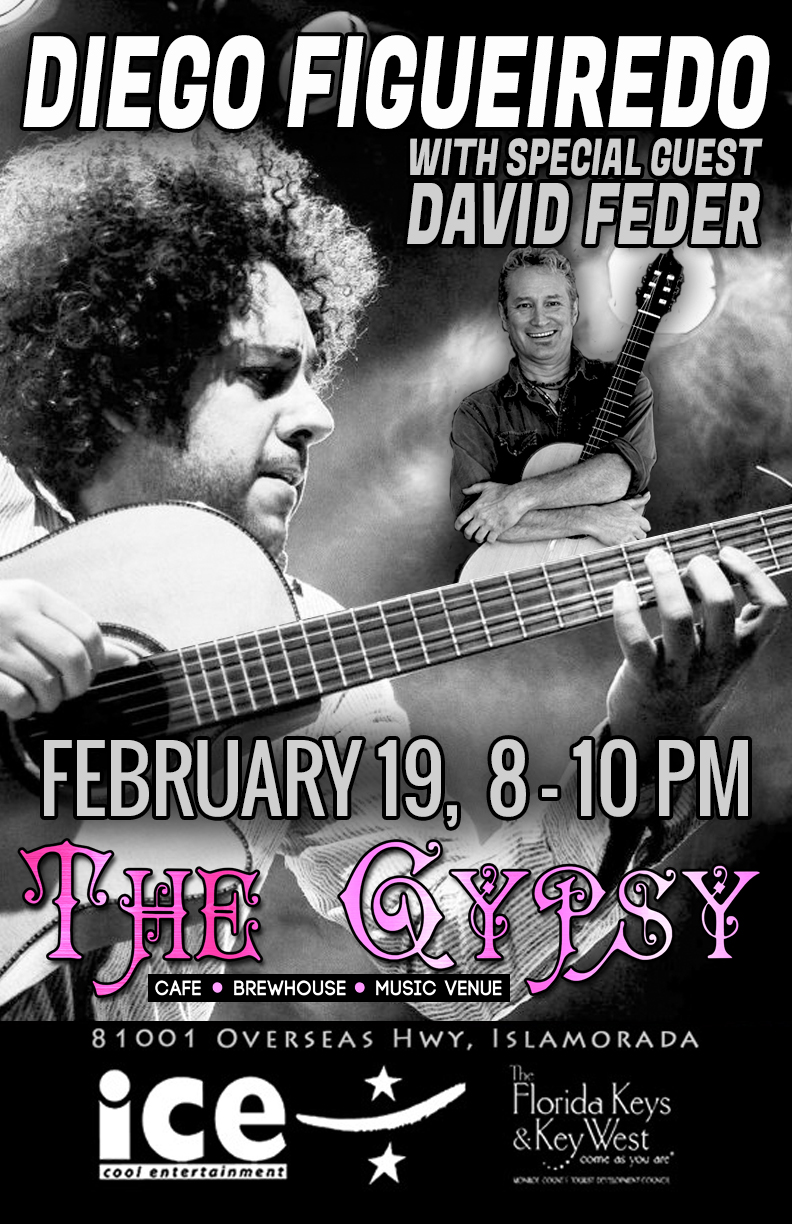 ​Diego Figueiredo is a new star of the guitar world. He is only 39, and he has release 26 Cds, 3 DVDs, and he has playing in more than 60 contries around the world. He is winner of several important competitions like Montreux Jazz Competition, and some others. Diego is presenting now his concert “ From the Classical to the Jazz”. It is a fusion between Jazz, Bossa nova and Classical music. Diego has an unique interpretation, with a lot of technique, much emotion, and his show has been a great sucsses about to the audience.

Diego Figueiredo was born in Franca, Brazil, in 1980, and at the age of 4, he used to strike poses carrying his small guitar. At six, he got a mandolin, which was kept in a very special place in his house. Diego played many instruments before choosing the electric guitar when he was twelve, playing in theaters and local pubs, revealing the great art of improvising and harmonizing. At 15, he conquered theaters and nightclubs in many different Brazilian states, playing solo or with renowned musicians.

Besides being a guitar player, Diego is a producer, arranger, orchestrator, and multi-instrumentalist.

Brazil continuously fosters new stars that impress and amaze their audiences with their joy and exceptional technique. Diego Figueiredo makes new fans everytime he enters the stage, and very few others play the guitar as expressively as he does.

With a variety of work already released, Diego is doing shows on the most important stages around the world enchanting and charming the public wherever he goes with his unique touch.

Acclaimed by the critics as the newest sensation in the guitar world !

“Diego Figueiredo is one of the greatest guitarists I’ve seen in my whole life. The world needs to listen to his music”. (George Benson)

“I have seem and played with many wonderful guitar players like Joe Pass or Baden Powell, but no one is like Diego. His ability and swing are unique”. (Flora Purim)