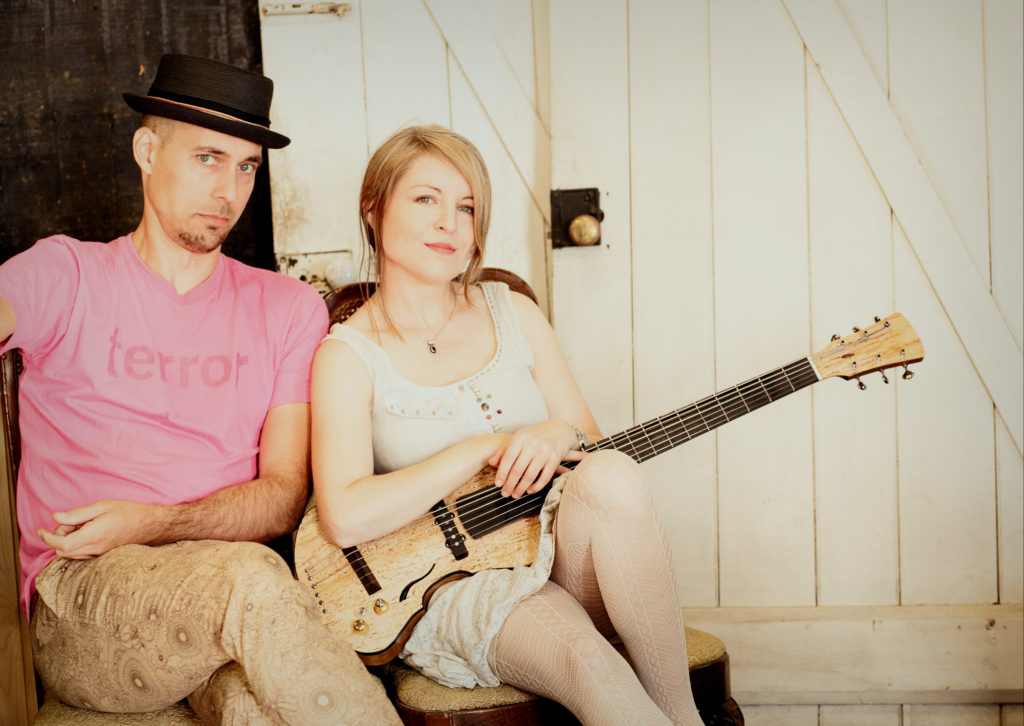 Jess and George met at party in 2009, with their spontaneous duet of the Prince song, “Pussy Control”. Soon after that they formed a band around a principle of originality and ruthless editing of their work. The name of the band draws inspiration from southern author William Faulkner who would tell his writing students that ‘sometimes in writing you must strangle your darlings’.

The have written and toured as a full band but once they decided to tour the US full time and live in a 20 foot RV, there was only enough extra room for the little dog. Jess is a trained classical violinist but pick up cello and discovered that she was actually a bass player. George found his degree in English Lit pays better as an indie musician and so learned the mandolin.

The music is built on deep sense of rhythm and groove. Mandolin like you’ve rarely ever seen, somewhere between a snare drum and a slalom of notes. The solid body custom cello weaves an intricate counter melody and and percussive groove. The voices and the lyrics are the hidden third member of the band and the story behind the music.The songs work with nontraditional subjects for inspiration. Some song subjects include: the works of great authors (Faulkner, William Blake, Gabriel Garcia Marquez, Donald Bartheleme, Anna Ahkmatova) as well as witchcraft in the Civil War, the morality of Somali piracy and the media impact of Neil Armstrong.

Strangled darlings have released 2 full length albums and one EP, receiving praise from hometown and national press alike. They tour the US from Fairbanks Alaska to the Florida Keys and cities and towns in between.

Did you get your tickets yet?

Here's the Schedule for Sunday, January 17! The website will be updated tonight with the Full Schedule and Stage Information! Get Your Tickets Today! www.baygrassbluegrass.com