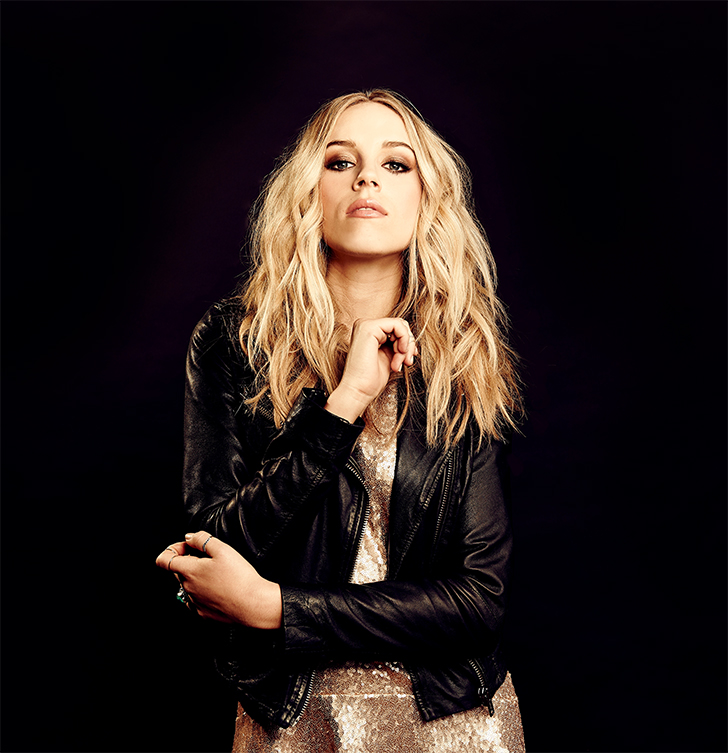 At the moment Logan Brill emerged into the world and drew her first breath, Pachelbel’s “Canon in D” issued from a boom box in the delivery room. Her parents had selected the strings-driven classic to provide a soothing welcome to the world.

Engaged as Logan was in the process of being born, it’s questionable whether she fully appreciated the gesture, but who knows? The important point is that, from the very beginning, music was present in the life of this Knoxville native whose new album you now hold in your hands.
The offerings on Shut Eye, Logan’s second album—all products of the storyteller’s art—range from gritty blues (Shut Eye) to country (Far Cry from You) to roots (Tupelo) to newly crafted songs that have the soft patina of revered old ballads (Wish You Loved Me).

“Recording my first record, Walking Wires, was enormously rewarding, but it presented me with a pretty steep learning curve,” says Logan. “When I began to work on Shut Eye, I had a much stronger sense of myself as an artist, and I built a collection of songs—a little blues and Americana and a lot of country and rock—that would reflect my tastes, demonstrate my growth and evolution as an artist, and get people out of their seats and onto the dance floor.”

It’s only fitting that Logan would want her music to incline people tomove. By all accounts, she was an active baby, and the adjective her parents most frequently plied in describing her waswiggly. During her first year or two her store of energy was inexhaustible but, as yet, largely undirected. In short, she just wiggled.

Dave Feder has carved out a niche of his own, playing his signature Bohemian Flamenco music to audiences worldwide; his laid-back air easily disguises the depth of his style. Dave will be joined by his all-star band Salagua Azul, including renowned Costa Rican percussionist Ramses Araya, violinist Debbie Spring, and our own master of the double bass Cliff Stutts. This is going to be a fun show tonight!